Rawhiti Estate is a boutique retirement village located in Remuera. We were tasked with creating a campaign that differentiated Rawhiti from the competition. A deep dive into the retirement village industry revealed that the positioning—at the time—for virtually all the brands in this space incorporated photography of “deliriously happy elderly people on bowling greens”.

We took the time to speak with some of the residents in Rawhiti Estate and asked them to share their stories over a cup of tea. The conversations were insightful, full of humour, and the type of wisecracking wisdom that can only be earned over a lifetime. In essence, they were the complete antithesis of how Rawhiti Estate (as well as the other brands in the industry) were positioning themselves. In an industry with historically stagnant and relatively uninteresting messaging, we sought to bring the wit, discourse, and colour that we experienced in those conversations to the forefront of Rawhiti Estate’s new campaign.

We created six characters who were representative of Rawhiti Estate’s residents and target demographics based on those conversations. For each, we imagined a backstory and their aspirations for how they’d like to lead the “third act” of their lives. In doing so, we give our audience the opportunity to see themselves in these six characters, who—although fictional—reflect an accurate cross-section of the residents in Rawhiti Estate.

Taking a completely different approach to every other retirement village in the market, we decided to illustrate our characters instead of photographing hired talent. By not photographing our characters, we eliminated the need to fabricate the elaborate visual folly that comes with scouting talent, curating their garments, dressing them, and so on. It enabled us to stay truer to the essence of the conversations we had with Rawhiti Estate’s residents.

This illustrative approach allowed us to inject vibrant colours evocative of our characters’ distinctive personalities and dispositions into the campaign collateral. The result is a vivid and eye-catching set of design communications that looks unlike anything else in the market. Upon its launch, it generated a word-of-mouth buzz in Remuera. Almost a year onwards, Rawhiti Estate is now completely full, with a waiting list that continues to grow.

Though the campaign is built from these six characters, it ultimately is not about them. It is about retirees’ attitudes as they embark on their “third act”, continuing to lead colourful lives to be filled with even more memories, laughter and precious time with family and friends. 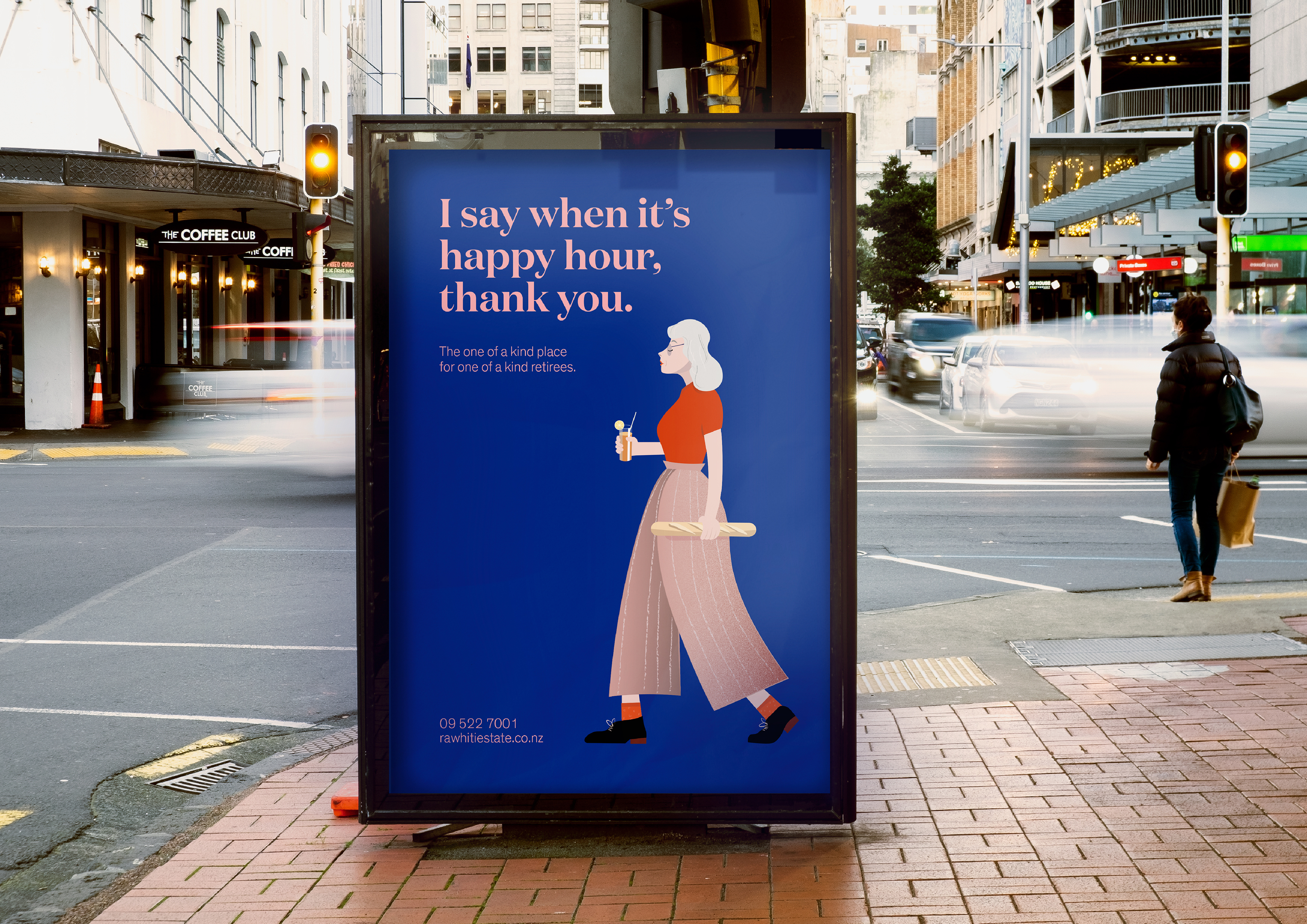 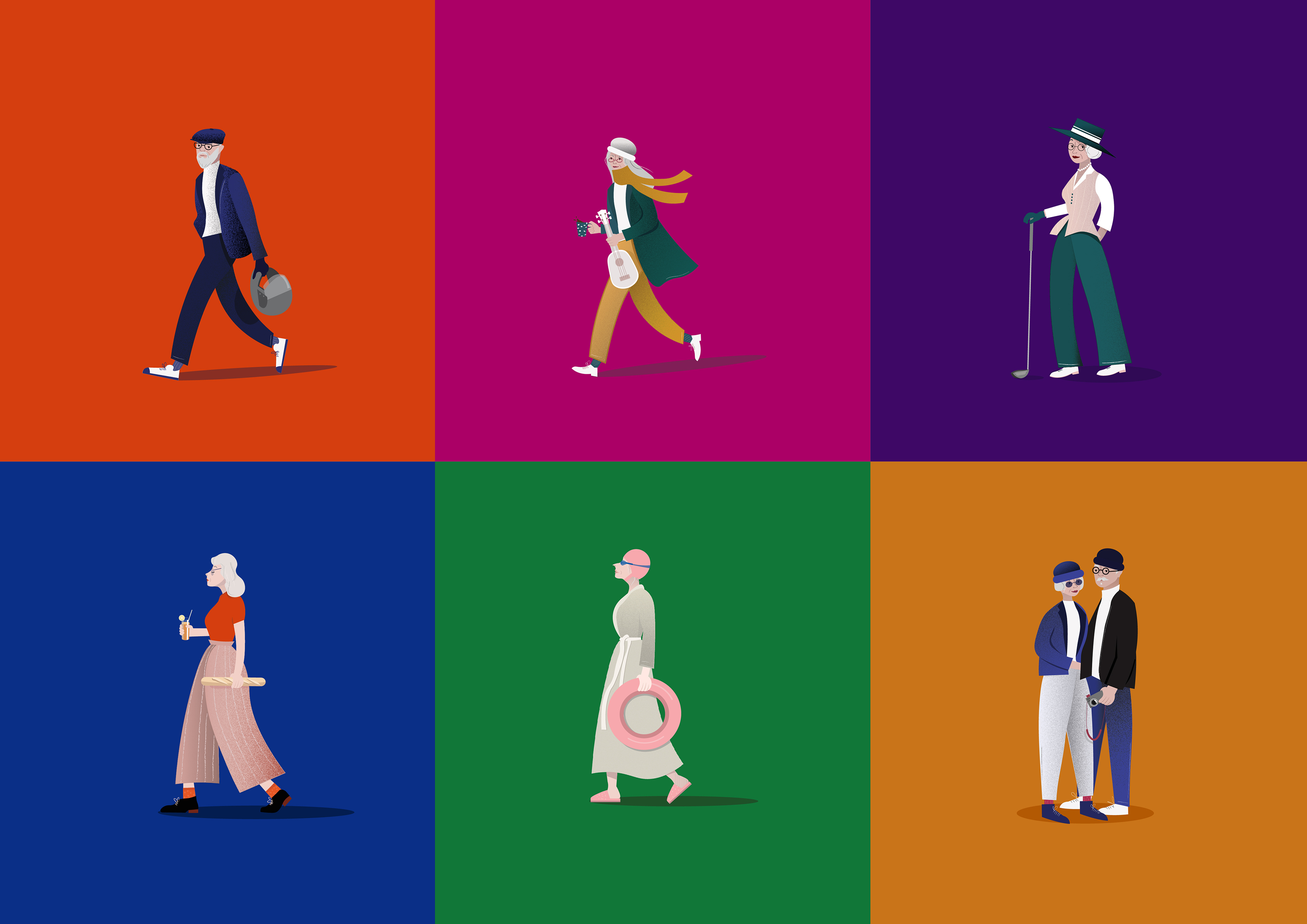 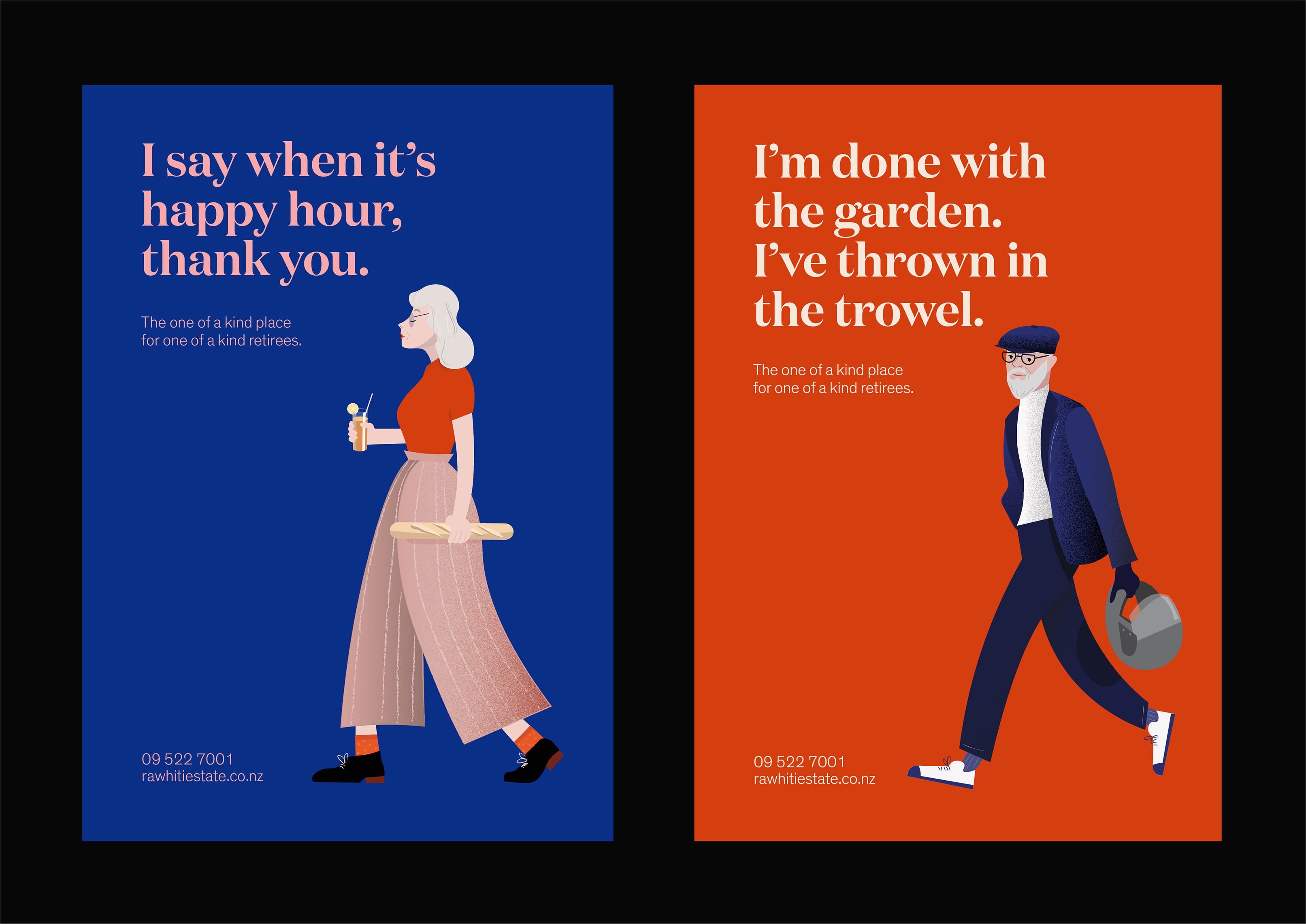 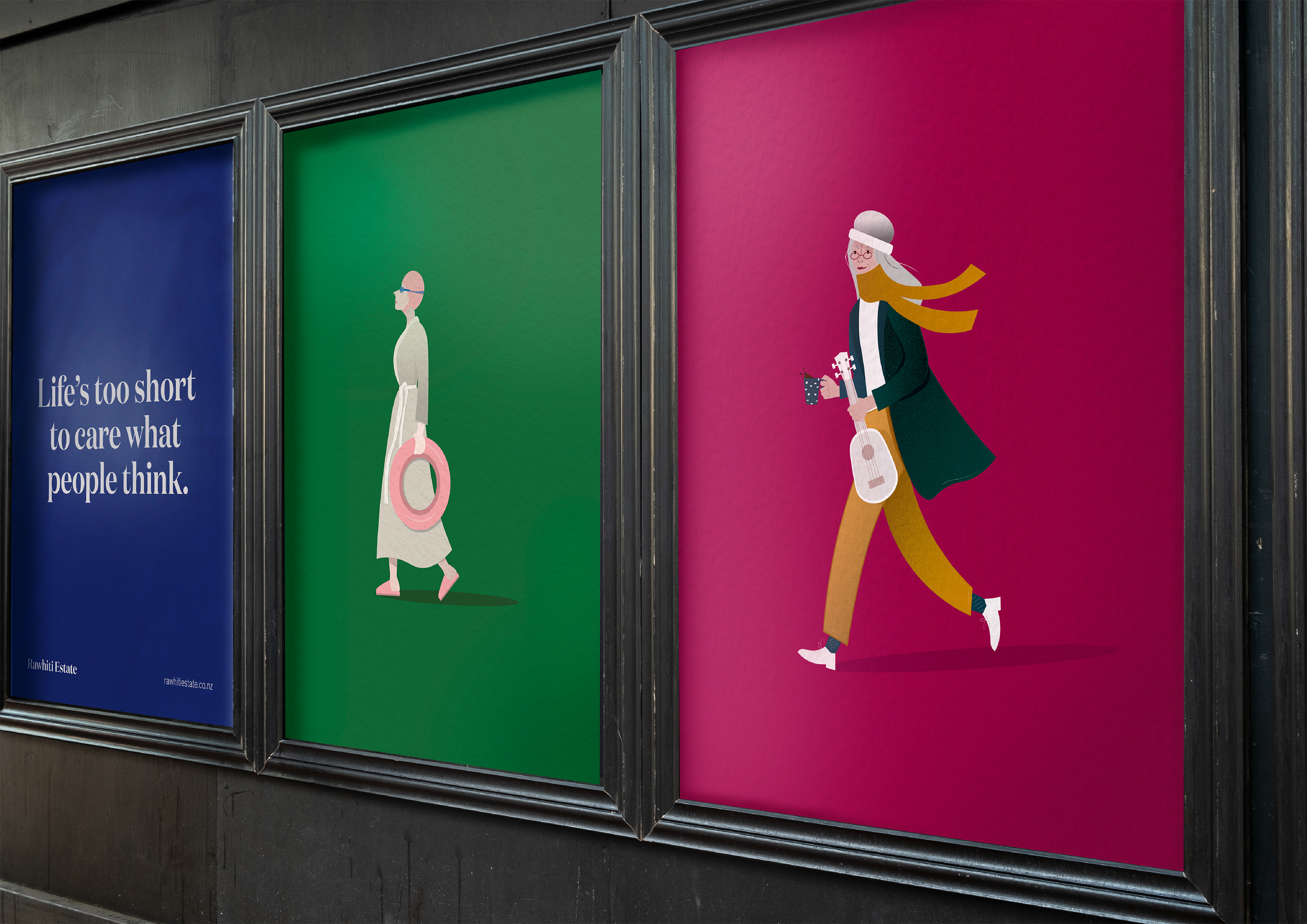 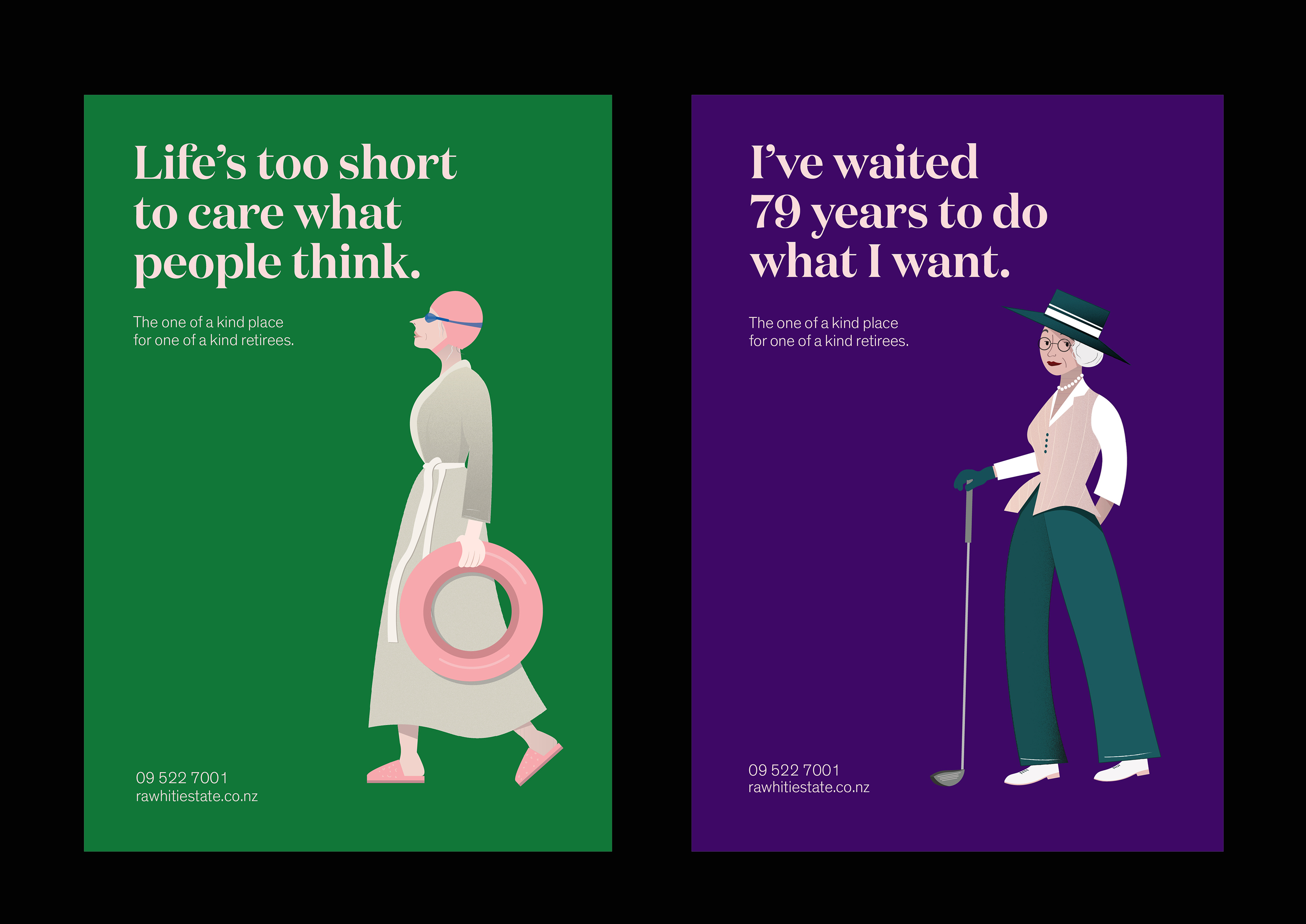 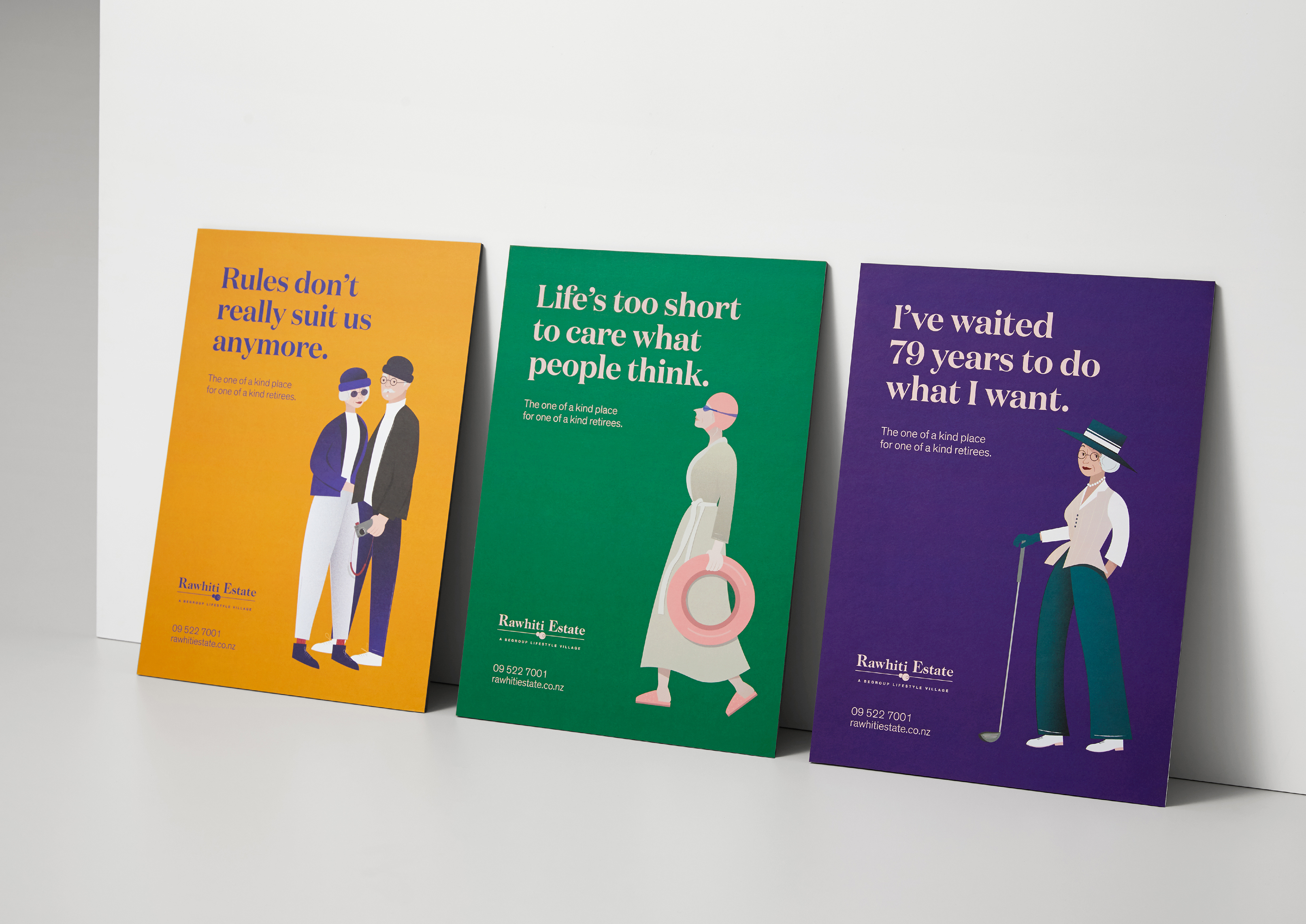 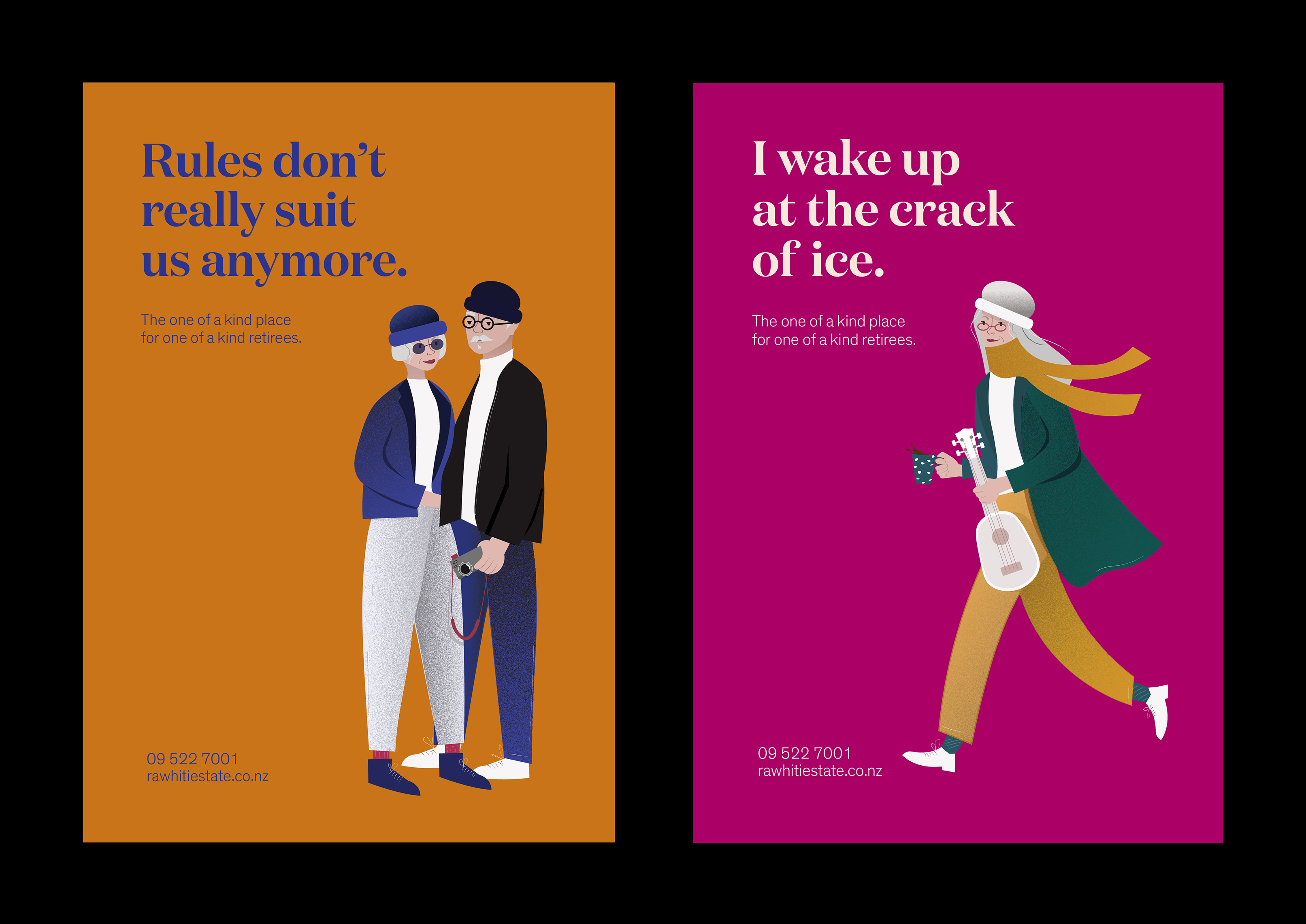 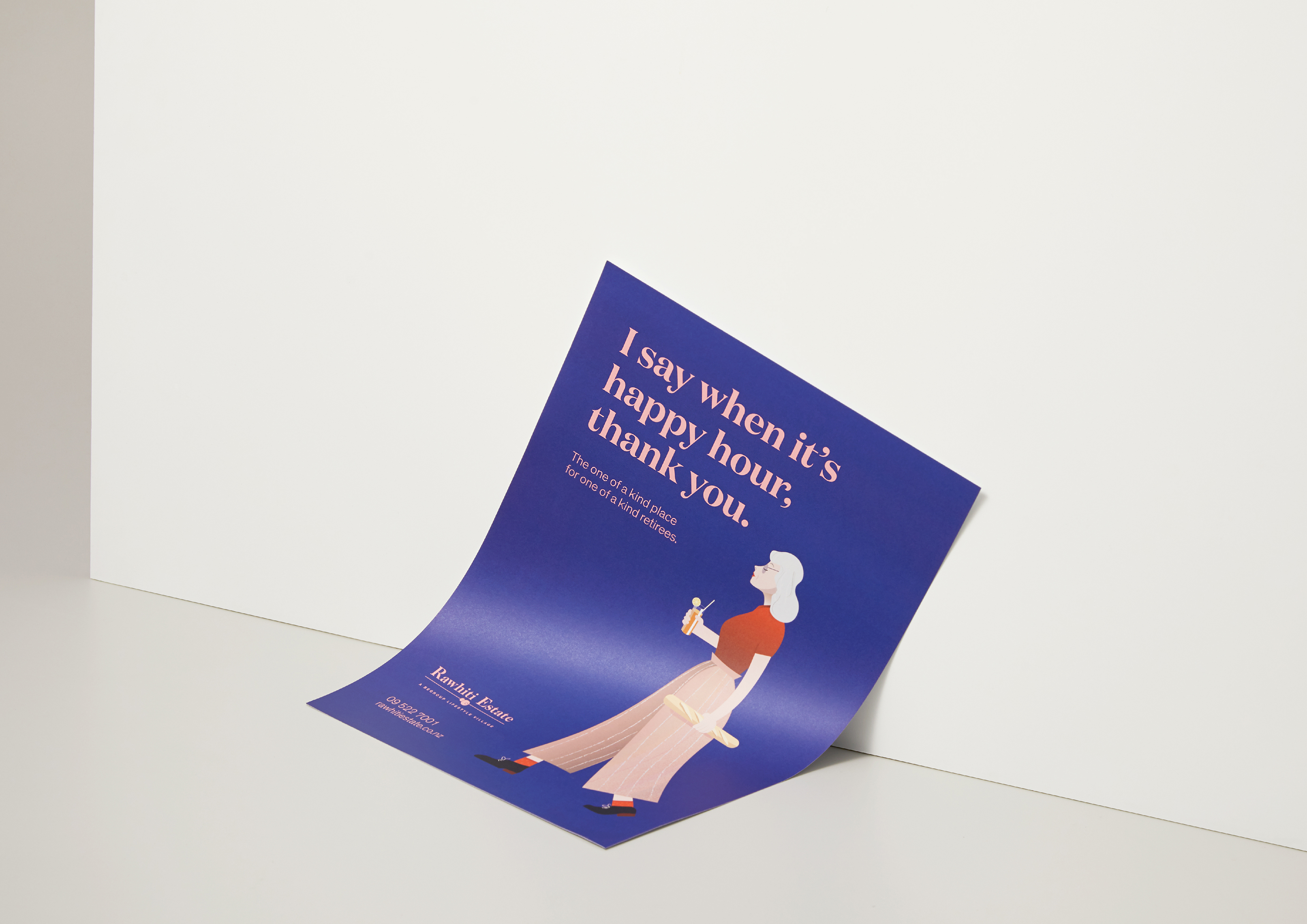