It’s no secret that smoking isn’t good for you. Countless public health campaigns and tax increases have been effective in keeping a lid on the habit, however Counties Manukau Health faces an enduring challenge — how to encourage existing smokers to stop. With stubbornly high smoking statistics in their community, CMH needed new strategies to combat the cultural behaviours and influences affecting smoking.

Partnering with the Counties Manukau Health team we developed an in-depth insight research programme of extensive interviews with Maori and Pacific smokers; subject matter experts; grassroots influencers; as well as our own infield observations. The research findings reinforced a known insight that smoking is still considered ‘cool’ and acceptable among smokers — but provided pathways to changing those perceptions. Four insight-based personas were developed which provided an ecosystem of influences and behaviours to inform targeted interventions. With these real human insights as a platform, a social media campaign was created specifically targeting young urban Maori and Pacific people in South Auckland.

Developed in partnership with Motion Sickness Studio, the social media campaign asks non-smoking peers to ‘snap out’ their smoking peers on Snapchat. Followers were encouraged by influencers to engage with their snap by drawing over it and creating their own unique artwork. In contrast to most anti smoking campaigns, this project links art and social media to subtly reposition smoking as unacceptable through a positive and engaging conversation.

Running over six weeks, the campaign attracted 1100 followers on Snapchat with an average 54% engagement rate (those who watched the Snapchat story). Over 100,000 Snapchat impressions were received and 540 artworks contributed – 3,400 people followed the campaign on Facebook. At the conclusion of the campaign, 200 Snaps were exhibited at the Mangere Arts Centre.

Snapped Out was awarded a Gold Pin at the 2016 Designers Institute Best Design Awards in the Public Good category and has also been accepted as a finalist in the Australian Graphic Design Association (AGDA) awards, winners will be announced in late November. 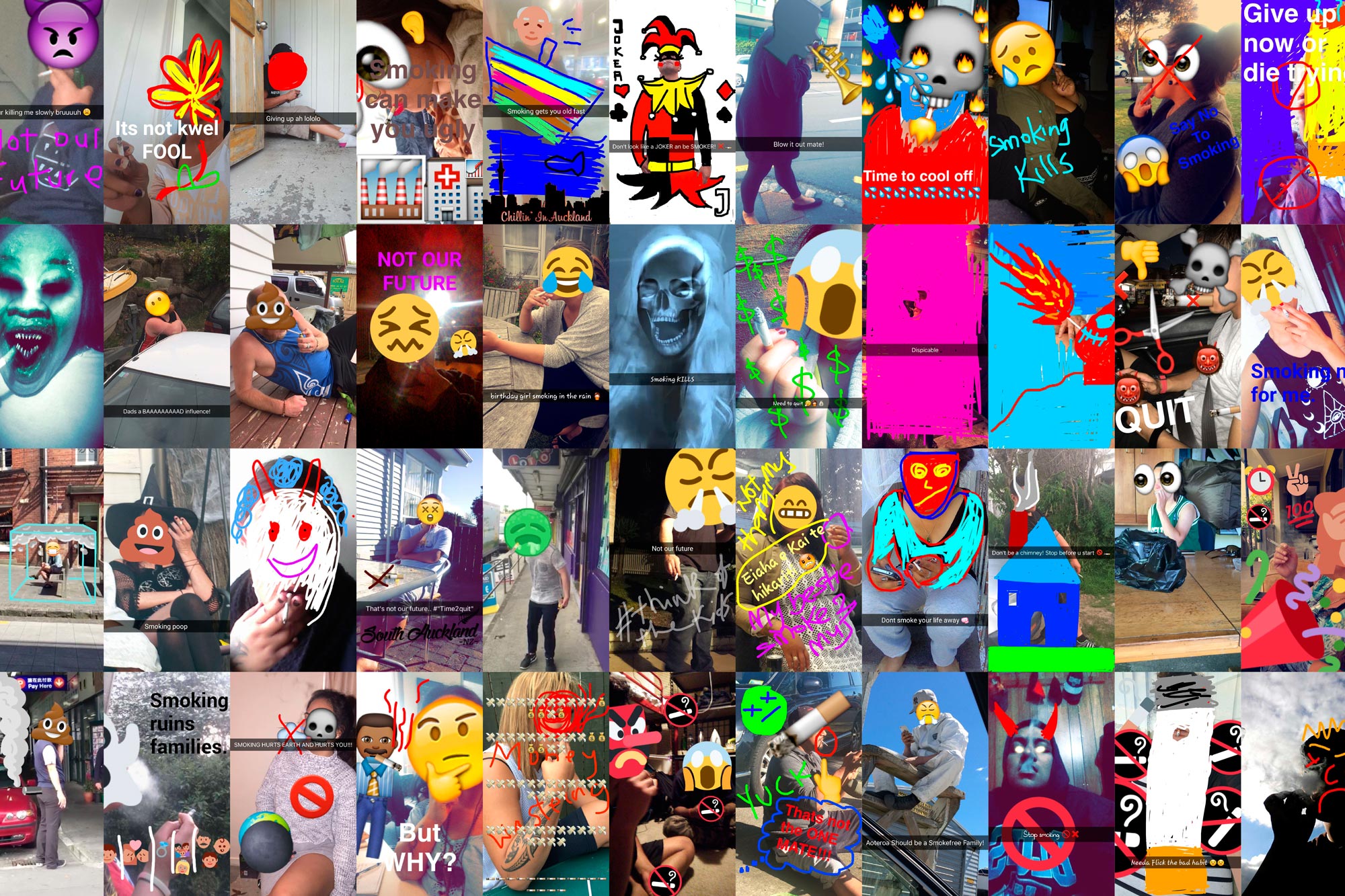 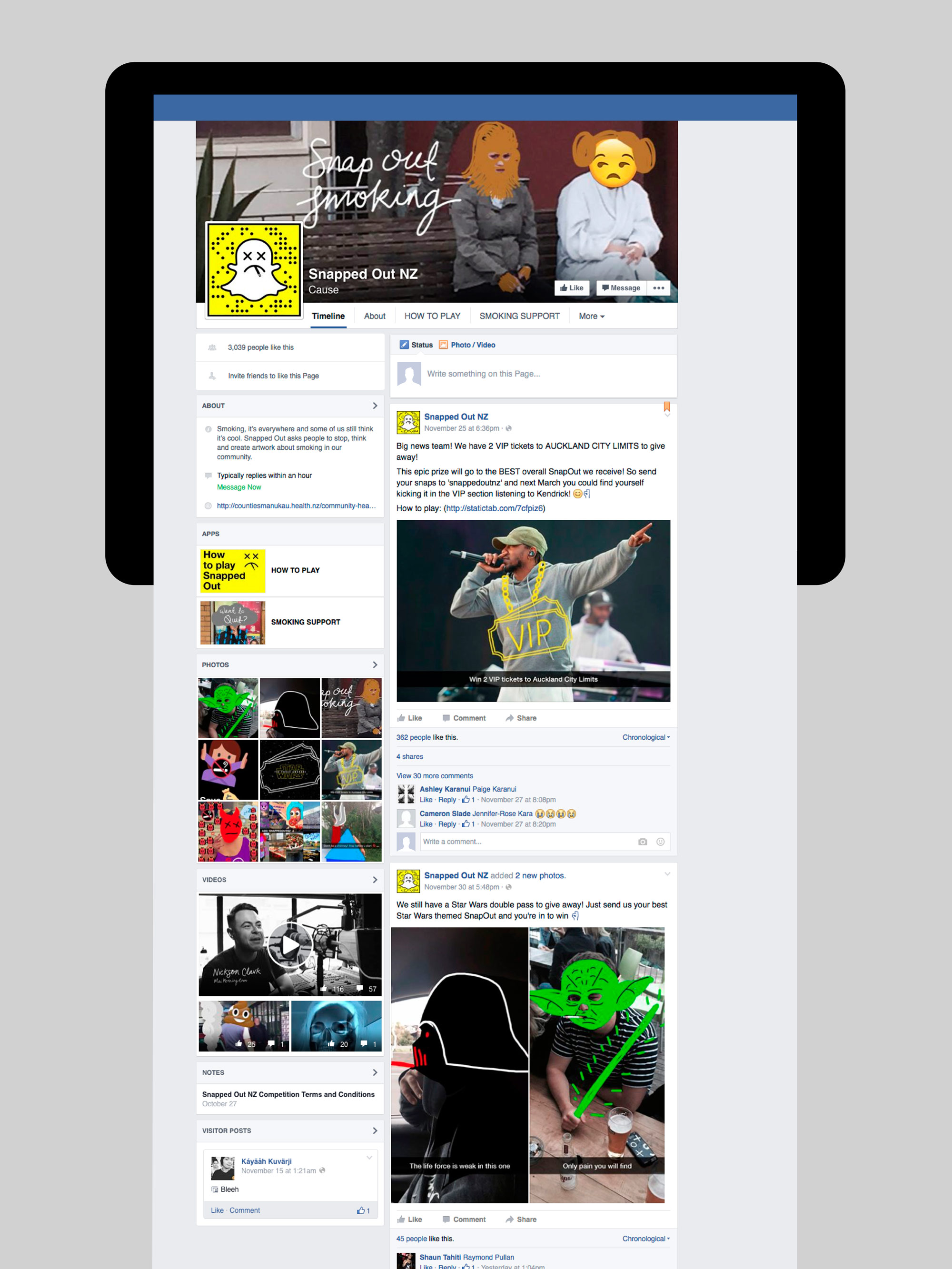 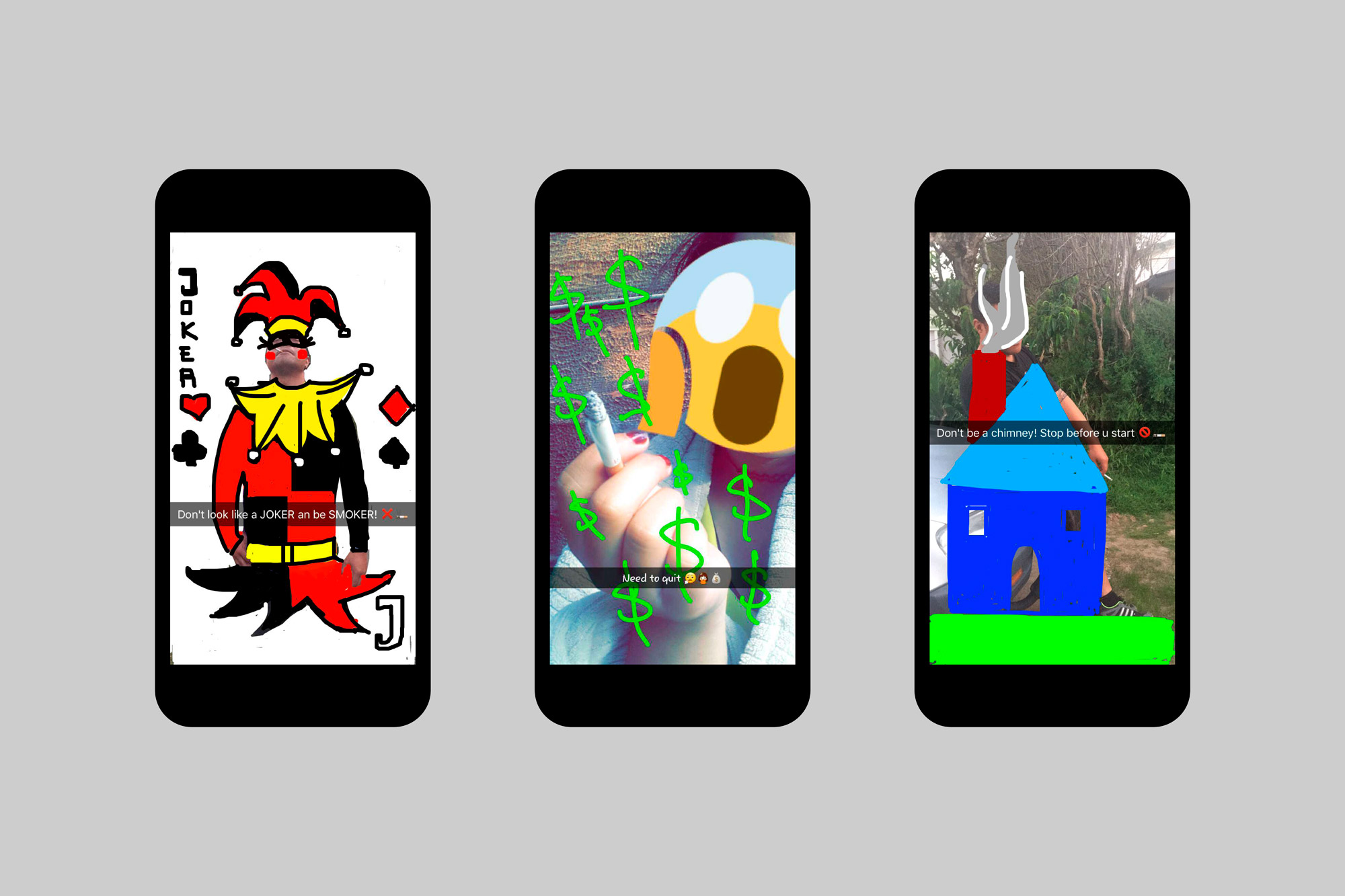 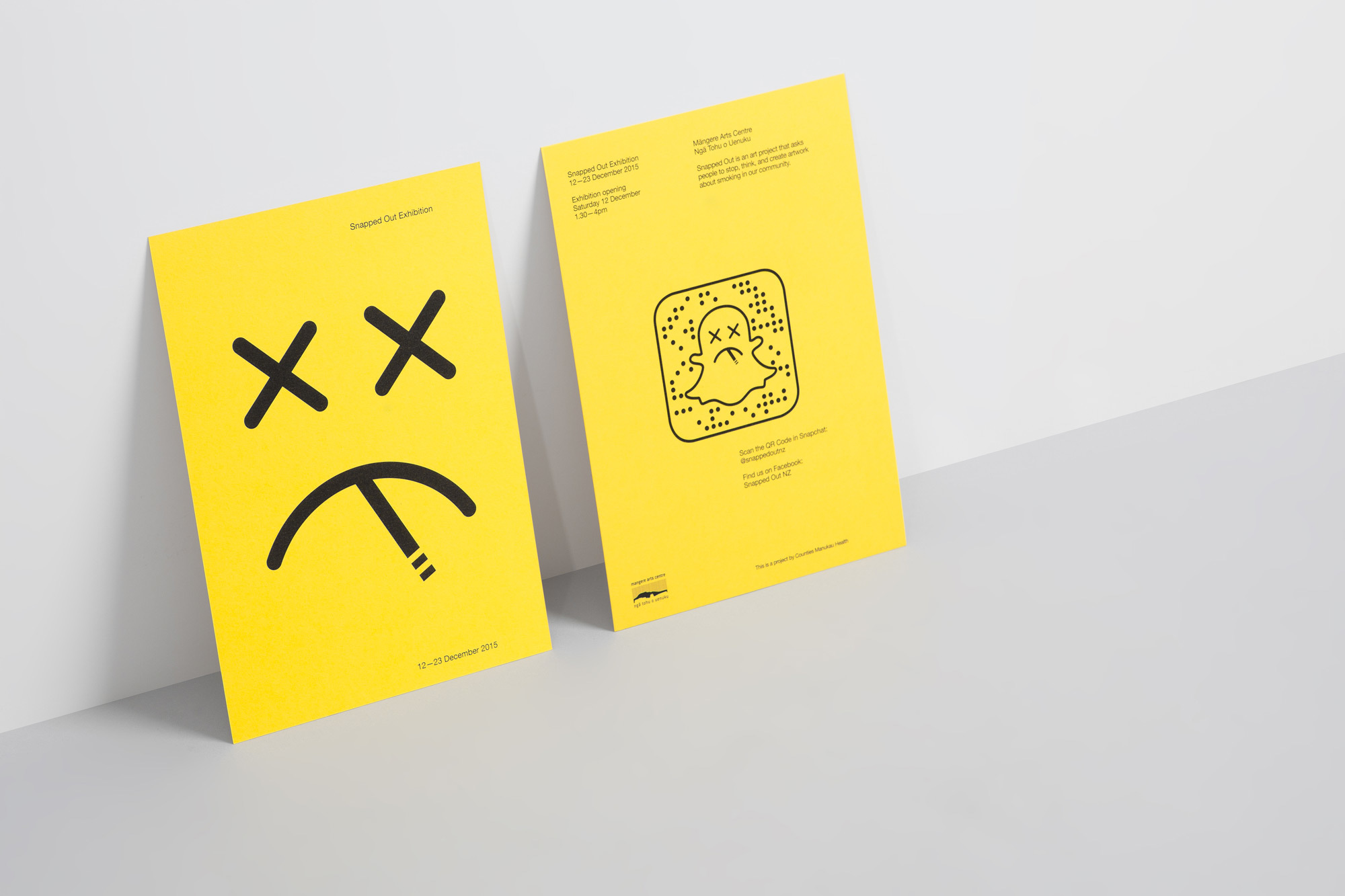 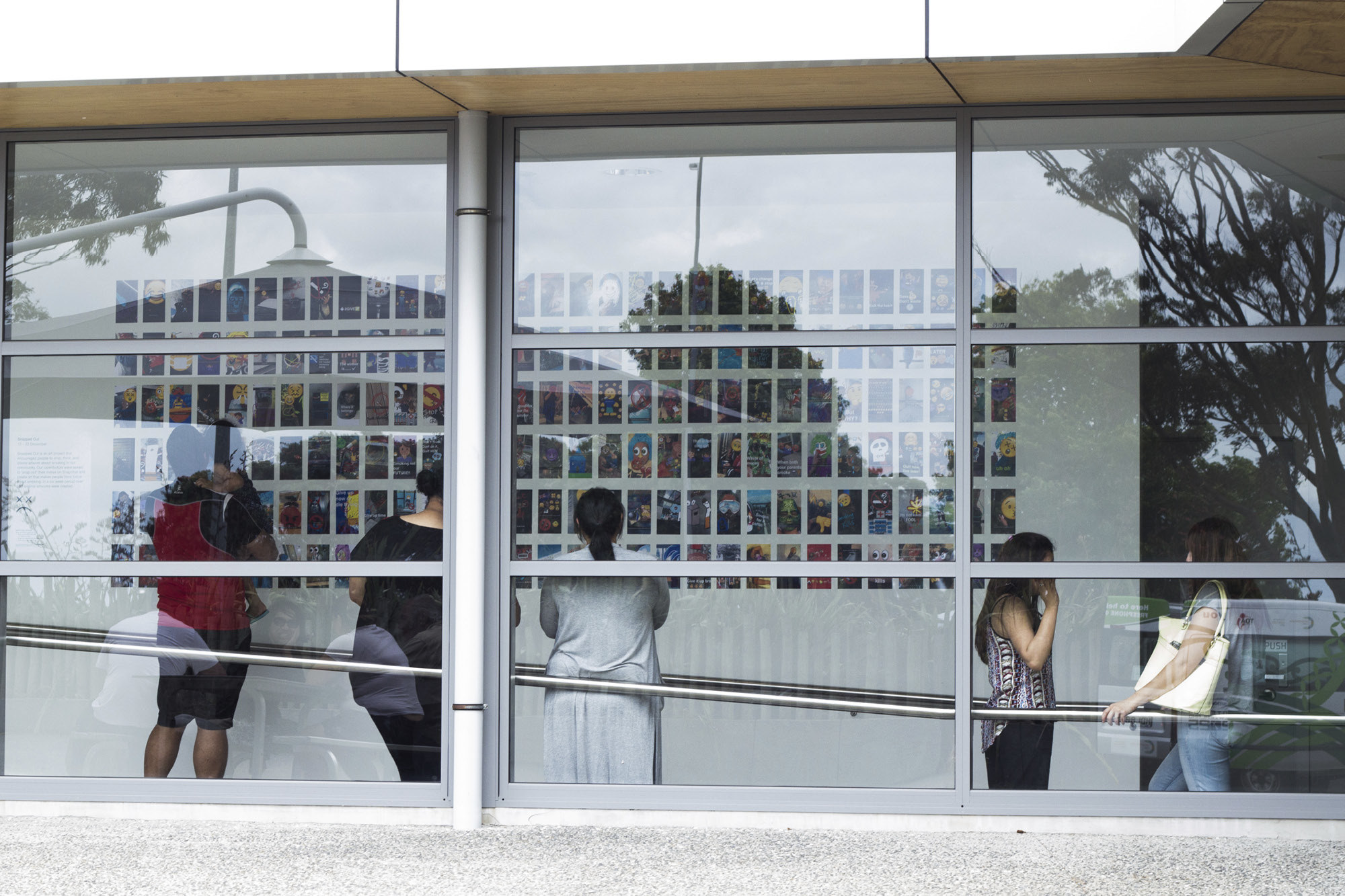 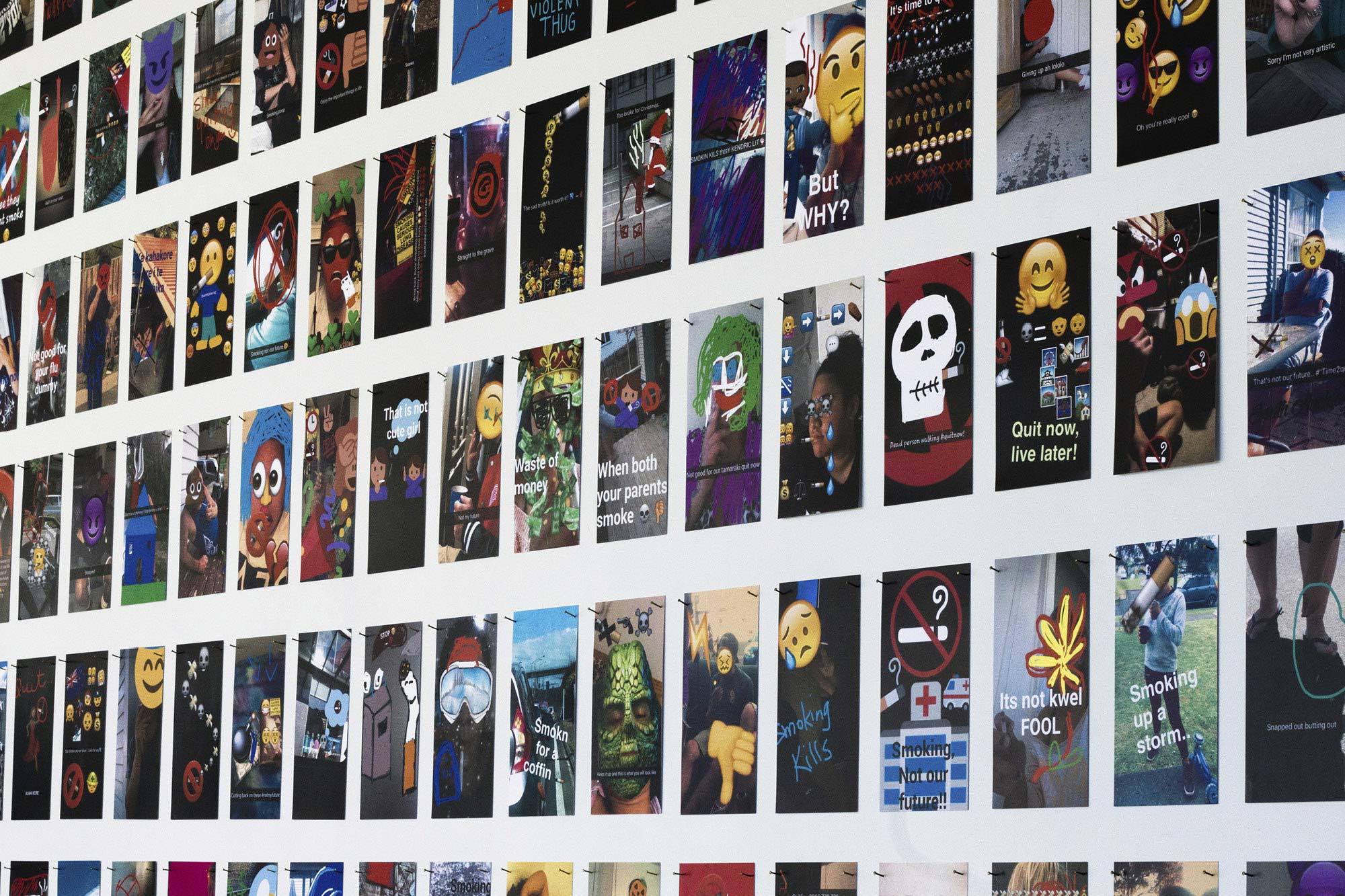